Signs and Symptoms of HIV: According to the Centers for Disease Control and Prevention (CDC), HIV has infected more than 1.2 million people in the United States. It is also estimated that 1 in every 8 infected individuals is unaware that they have HIV. Once someone is infected, it is impossible to kill the virus or cure the infection. Drugs that can stop the reproduction of the virus are available, but without these drugs, the life expectancy for infected people is short. The earlier that HIV is diagnosed and treatment is provided, the better are your chances of survival. Hence, today, we will be sharing with you the signs and symptoms of HIV.

10 Signs and Symptoms of HIV You Should Be Aware Of

HIV symptoms can start within 2 to 6 weeks after you get infected, but it could also take up to a number of years in some cases. A large number of people state that they started experiencing symptoms within 1 year after they believe they became infected. So it is possible for you to be infected by HIV and not realize it. This is why it is extremely important to know the early signs and symptoms of the infection, which include:

When it comes to HIV symptoms, nausea and vomiting are two of the most common. This is because the infection compromises the immune system, causing viral, bacterial and fungal infections to be more easily picked up by the body. Vomiting is your body’s way of trying to get rid of the virus and warning you that something is wrong.

Related: Different types of STDs, their symptoms and prevention

Persistent fever is another common sign of HIV. In its early stages, you tend to suffer recurring fevers that can last for 2 to 4 weeks at a time. According to a study in 2005 that was published in Praxis, as much as 77% of all infected subjects reported that they had fever. Fevers are a way for your immune system to respond to viruses. In fact, it is a good sign that indicates that your immune system has not shut down completely.

Related: How to get rid of genital warts with home remedies?

These is one of the most visible signs and symptoms of HIV, which tend to accompany fevers. If you are experiencing night sweats after recently engaging in any high-risk activity, you should visit a doctor immediately. Night sweats caused by HIV can be so severe that your sheets and clothes get soaked. According to many patients, it is impossible to sleep through them.

This, along with nausea and vomiting, is a common symptom of HIV. Diarrhea is an indication of a problematic digestive tract and is most probably caused by a bacterial, fungal or viral infection that has taken over due to a weakened immune system. If you suffer from diarrhea combined with other symptoms mentioned on this list, you should visit your doctor.

Related: Everything you need to know about polycystic ovary syndrome (PCOS)

These are one of the most persistent forms of pain experienced by HIV-infected people. Headaches caused by HIV can be quite severe in nature. Primary headaches recur and are not generally linked with an illness. These often indicate a patient is in the early stages of HIV. Secondary headaches, such meningitis or sinus infections, often happen during the later stages of the infection.

Although these are common symptoms of a number of other conditions, joint and/or muscle pain could be an identifying HIV symptom if you have engaged in risky behavior. According to a 2002 study published by the Journal of the American Academy of Orthopedic Surgeons, muscular issues are often one of the first symptoms that an HIV-infected person experiences. As the disease progresses, the pain becomes more intense.

Related: How to get rid of a bladder infection?

There are many illnesses that cause fatigue, but if you have engaged in risky behavior or if your fatigue is combined with other symptoms mentioned here, you should visit your doctor immediately. A study published by the Journal of Clinical Nursing in 2006 found that HIV patients reported that fatigue was constant in their lives, and it also noted that one of the most ignored signs and symptoms of HIV was fatigue. Fatigue can become severe to the point that it induces depression or anxiety in the patient.

Related: How to get rid of a kidney infection with home remedies?

According to a study in 2008 published in Acta Dermatovenerol Croatia, seborrheic dermatitis affects between 30 and 83% of HIV-infected patients. Sebaceous glands are found on the face, head, upper back area, chest and groin. Early symptoms include skin rashes such as patches of red, flaky, inflamed and itchy skin on the face, chest or scalp. Some studies state that itchy rashes are the second most commonly reported symptom of HIV.

The immune system is spread throughout the body and the lymph nodes are one of its pathways. Although these glands are found throughout the body, they are concentrated in the armpits, groin and in the neck, directly under the jawbone. The immune system is attacked and weakened by HIV so it makes sense that it would have an effect on the lymph nodes. If your lymph nodes are tender to the touch, painful or swollen and continues for more than 2 weeks, you should visit your doctor immediately.

Related: Diseases and illnesses that health insurance covers in India

If you experience the signs and symptoms of HIV as given above, it is important to get tested for HIV. Even if a person does not experience any symptoms, they can be infected and extremely contagious. They can easily pass the infection on to other people through an exchange of bodily fluids. The only way to find out if you have the disease is to take an HIV test. You should be smart, stay safe and make sure that others are protected. If you have engaged in any high-risk activity like unprotected sex or sharing needles, you should immediately visit your doctor and get an HIV test. 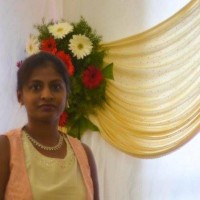 A deep rooted passion, writing for me is as much a pleasure as it is business! From remedies to politics, I love breathing in life into the most mundane of topics! When I am not writing, you will often find me either curled up with a book and a bag of fries, or playing with my son of five years and his many transformers and cars! Wanna watch a movie? Ask me for an unbiased review first! If you ask me what I love most, my answer will be quick: Travel, Food, Movies, Music, Writing, Books, and My Son!

How to Make Yourself Throw Up with Home Remedies?; Tips & Remedies
Next