We are pretty sure that you’ve heard of too many of it, especially on unfiltered coffee health risk and caffeine myths and facts. So, this time HNBT brings to you all about coffee myths and facts that we think you should know.

13 Facts about Coffee that you must know

There is a popular belief that It causes dehydration. A study by University of Birmingham contradicts it. A statement from researchers at the University of Birmingham in United Kingdom states, “coffee provides similar hydrating qualities to water.” The basis of their study was 50 men who consumed roughly three to six cups daily. The research was carried out in two different phases. Phase 1 : The men were made to drink coffee as the main source of water. Phase 2 : The men were made to drink water as the main source of water. Thus, Douglas Casa concluded that caffeine absolutely had no effects on hydration status.” A study author Sophie Killer, a doctoral researcher at Birmingham said “It’s well understood that if you drink coffee habitually you develop tolerance to the potential diuretic effects.” One study even confirmed that caffeine does not interfere with hydration level among athletes too. Summing this up, we can say that ‘coffee causing dehydration is just a myth’. All-in-all, it is not bad as it has some amazing health benefits too. But make sure not to over drink it. 3-5 cups daily is more than enough. If you think we have missed out any other coffee facts and myths, we warmly welcome you to share them with us. 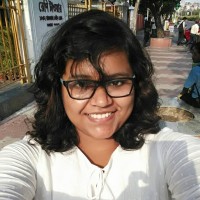 Debshikha Banerjee is an engineer by profession and a blogger otherwise. She loves writing on Yoga, health tips, home remedies and almost any beauty topics she can lay her hands on. She also loves reading and writing about technology and gadgets. In the real world, she likes discovering new places around her and satiating herself with homemade Bengali cuisine.

Foods And Exercises To Get Rid Of Flabby Arms
Next